No, you don’t need a PhD to write in French

No, you don’t need a PhD to write in French 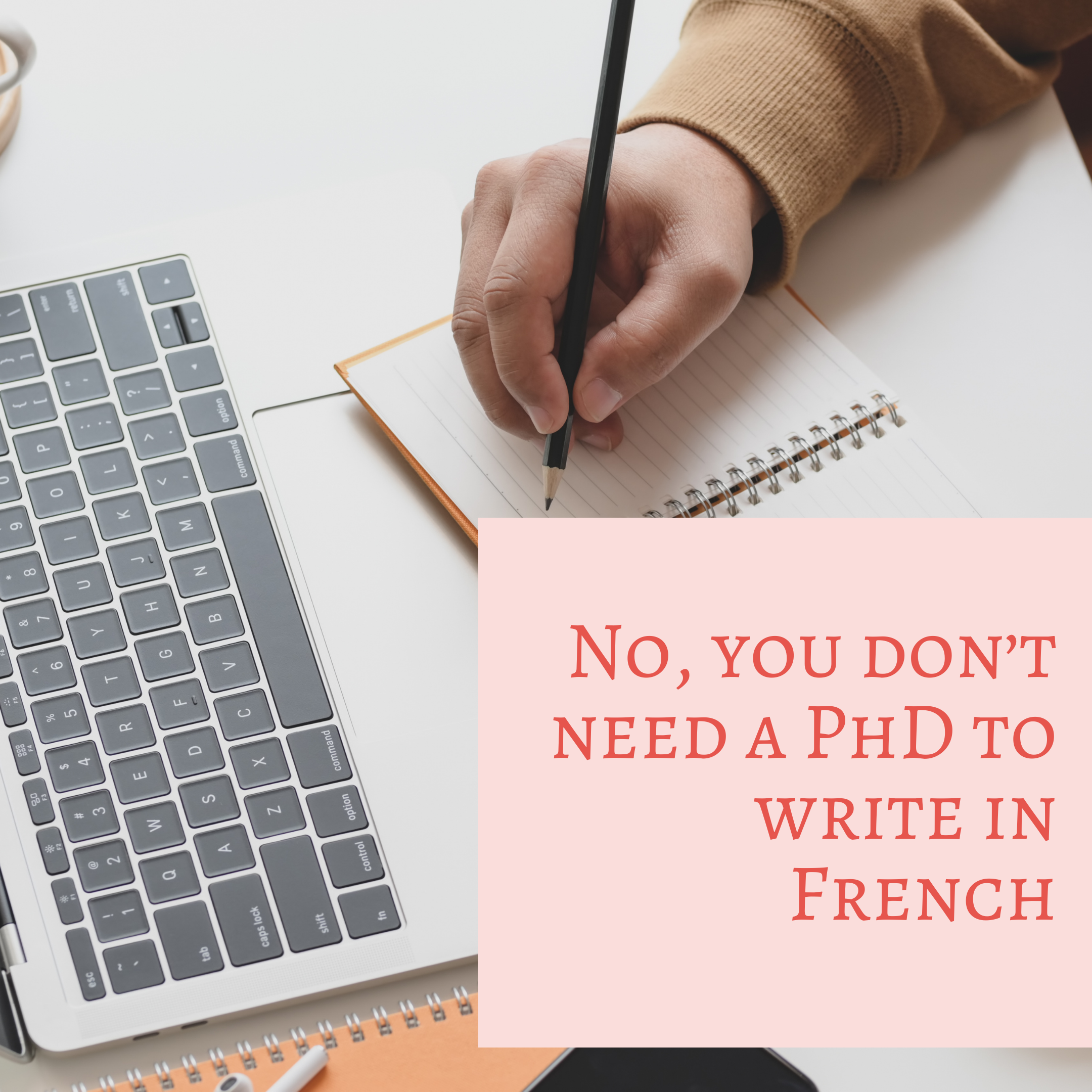 You won’t need to study French for 3 years to be able to write an email in French.

Like many people who learn French as a second language, you don’t think your written French will ever be good enough. The reputation of the French and their relationship with perfectionism doesn’t help. The French are seen as extremely demanding and tough with grammar, spelling and pronunciation. As a consequence, many non-native French speakers are so overwhelmed, they are often scared to speak and/or write in French.

Before reading, let me share with you a video of of Bradley Cooper speaking French and making lots of mistakes.

Reassuring, right? What you should learn from this video, is that you should be like him, it’s okay to make mistakes and not to care too much about it because the most important part is not to be perfect, but to be understood.

Terrible grammar and spelling mistakes are made by native speakers. Over my decade of teaching, the biggest and the most unforgettable mistakes I see, are written by …. native speakers. If you want to have a look at a great page on Facebook and see native speakers making mistakes, check out Bescherelle Ta Mère. I’ll go back to this point later in this article. I’ve never seen a student writing ‘sa va’ , but I see (many) native speakers doing it!. 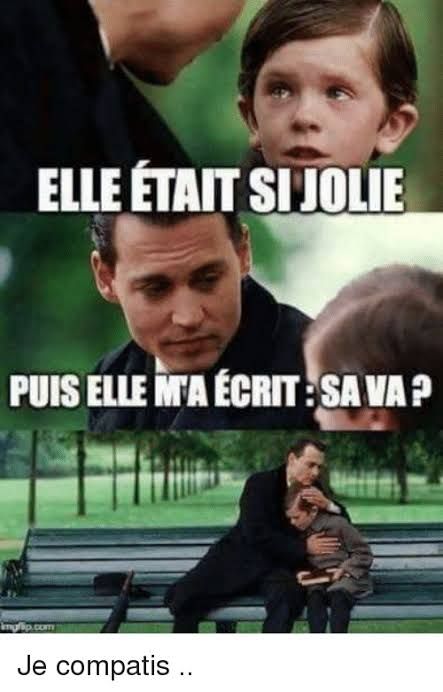 Native speakers make other mistakes and confuse words such as: c’est, ses, ces, sais, … Even French newspapers such as Le Monde, Le Figaro or le Nouvel Obs offer grammar explanations to prevent Francophones from making mistakes. Just so you know…

French natives are asked in high school to write (veeeryyyyy boring) essays in French with a stated number of words. This (awful) strict instruction, forces kids and young adults to write long texts and prevents them being concise. It’s actually not efficient as it doesn’t train them to be straightforward and direct. Hence, the reason why they get offended or lose control when people are too direct with them.

Tips for writing in French

Have you ever received an email from French speakers in English or another language and you couldn’t really understand what they wanted to say because the mail was too long? The French high school education system may be one of the reasons. If you want some personal advice, it will be faster for you to improve your writing skills in French than understand French written in your language. Ooooops! I’m being mean, but I know it made you smile 😉

You don’t need to write well with beautiful sentences to make yourself understood. Keep it simple. Short sentences! The French may not be used to short and direct emails but look, we are in 2020, let’s get straight to the point. Unless you are lucky enough to being asked to write to President Macron, once you reach seriously the level B1-B2, you should definitely feel confident and autonomous enough to write mails in French on your own.

If you would like to have a reference book to write letters in French, I highly recommend you these two books:

‘La communication des affaires’ – It’s an amazing resource to have key example of letters and business situations in French.

‘500 lettres en Français’: is a book you’ll find in a lot of French households where you can find information to help you write a letter in French to a lawyer, the Maire, a teacher, even an ambassador…

Discrimination about spelling does exist… but between native speakers only.

French are extremely strict with native French speakers about their writing. If Nathalie Dupont sent a cover letter with spelling mistakes, she would never get an answer. It’s sadly true. On social network, when someone writes something with a lot of mistakes, the French don’t hesitate to correct the person or even to suggest to the author of the post, or the comment, to go back to school. If you want to challenge your French and your grammar, I highly recommend you to follow the pages of Besherelle Ta Mère on Facebook.

This page was created by a guy who was fed up with seeing how many mistakes natives can make in places such as train stations, supermarkets, French television, and newspapers etc…

For your information, the Bescherelle, is THE book of the French grammar and conjugation. It’s with no doubt, the most comprehensive book on French grammar.  I grew up with this book. I’m traumatized by it!  Every French native speaker, learned about tenses with this book. On social media, if you see a comment including the word ‘bescherelle’, it is most probably a way to tell the person to review the tense or the grammar. Yes, the French can be very piquant when they want.

Belgians do it better

Belgians, on the other hand, are extremely tolerant in terms of grammar as there are many Flemish and Francophones cohabiting. This means that Francophones are used to dealing with non-perfect communication and they tend to understand. If you’ve followed my content for a while, you probably know how much I love Belgians. In case you are wondering, Belgians do it better. 😉

In this video, two Belgian teachers discuss the French orthography, its ridiculous exceptions and how many hours kids waste trying to memorizing it. Most surprisingly, they teach us that in the very strict and prestigious Académie Française, there is not a single linguist. So, you see…

The French are very empathic and comprehensive when it comes to foreigners. Especially if you make the effort and try to write in French. Yes, they are really nice about it. Weird, isn’t it?

My secret tips when you write an email in French are:

I hope I’ve helped you with being more comfortable writing in French. How do you feel now? Do you still think your French is not good enough to write in French? I’m sure you’re being too strict with yourself. If you want to make sure you are all set up to write in French, enjoy a few private French classes to practice your writing while being guided by a professional. You will be evaluated on your level and your weaknesses will fixed quickly.

“I hope this helps. If you found value in this article and would like access to my exclusive content, join my weekly newsletter where I share tips and tricks to learn French! You won’t find the content of my newsletter anywhere else and you will have direct access to me and my expertise.”