Reasons why you still can’t speak French : The honest facts 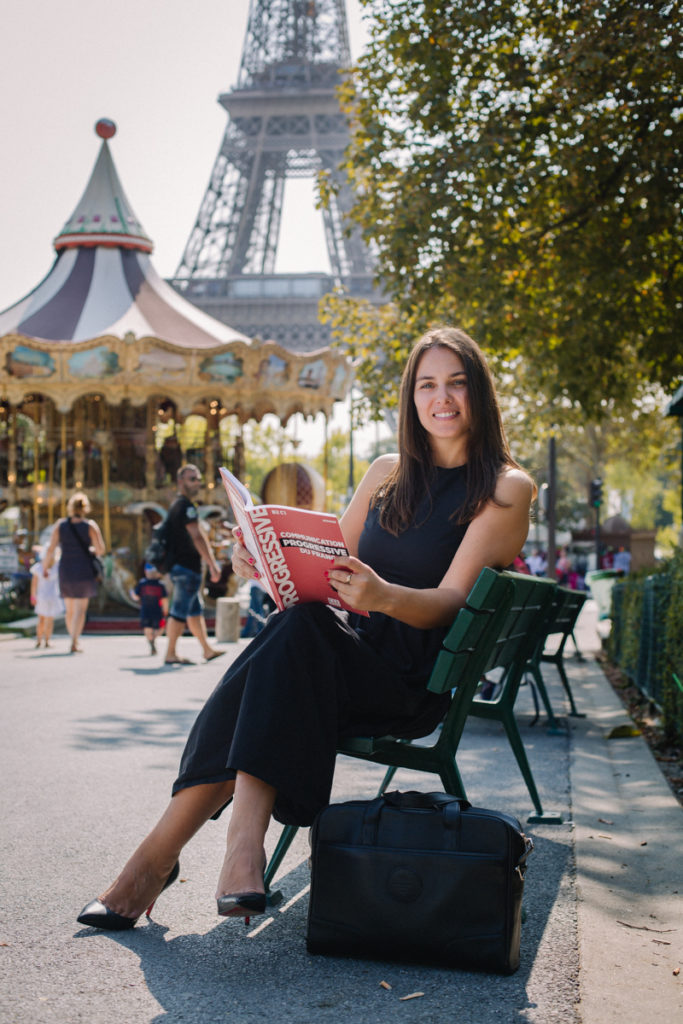 Learning a language is not easy – fact!

My last challenge was learning Portuguese because I was dreaming of spending three months in Brazil. As I’m fluent in Spanish, I began with a lot of preconceived notions in mind such as: I won’t have to study that much to improve my Portuguese because it’s very similar to Spanish. Well, hell no! After only a few private Portuguese classes, I was off on the plane for five weeks (not a few months – I’m an adult with responsibilities now) to Brazil. I can confirm with you, that even if you have the facilities in languages, if you don’t put in the effort, you can spend 5 weeks in Brazil and not really improve. I did improve a little bit, but I know I could have been a better student. And, so can you.

If you are reading this article, I guess the same thing has happened to you whilst learning French. Well, we are on the same page, because like you, I had the feeling I didn’t really make any progress.

Let’s identify together the real reasons you can’t speak French or aren’t progressing in French: (it’s applicable to any other language, for example: my Portuguese).

Before taking a French course

During your private or group French course

🔹 You refuse to practice your French outside the class
🔹 You refuse to speak French at all in any occasion (bars, partner, administration, in laws,…)
🔹 You refuse to implement French on your daily life with small details (set up your phone in french, radio,…)
🔹 You don’t surround yourself with francophones
🔹 You stay alone (anti-social?)
🔹 You think that nobody will understand you
🔹 You think the French are demanding with foreigners
🔹 You tried once to speak and the person in front of you replied in English so you decided to stop trying
🔹 You let yourself be impressed by native speakers

Your own French studies

🔹 You study the wrong way
🔹 You try only once or you don’t try at all
🔹 You gave up
🔹 You don’t have a mentor in French
🔹 Your studies are not organized
🔹 You don’t set objectives
🔹 You don’t have level deadlines
🔹 You are not regular with the studies on your own
🔹 You don’t realize that being a French speaker is being part of a community
🔹 You are studying lists of vocabulary or irregular verbs without placing them in a context. Your teacher should help you with this. If your teacher gave you a list of vocab or verbs to study, change school or teacher right now.
🔹 You translate everything in your native language first
🔹 You refuse to see other linguistic structures
🔹 You refuse to connect the culture with the language
🔹 You refuse to cross the linguistic borders
🔹 You postpone everything related with the French language
🔹 You try to study only on your own

The relationship with mistakes

🔹 You refuse to get over your blocks such as sad situations with exes
🔹 You associate the language with the wrong person or group of people
🔹 You refuse to challenge yourself (doctor, hairdresser,…)
🔹 You are not really motivated
🔹 You don’t believe in yourself
🔹 You refuse the « dépaysement »
🔹 You keep considering French as a foreign language and not as a second or third language
🔹 You are too strict with yourself
🔹 You think you can’t make it
🔹 You say it’s difficult without trying first
🔹 You want to be perfectly fluent before speaking (which will never happen if you don’t try before)
🔹 The first time you tried to speak to a stranger was a disaster and you keep the trauma in your mind
🔹 You don’t like to be corrected, so you don’t try
🔹 You don’t have a routine
🔹 You are scared to be ridiculous – all success people were ridiculous once. Think at the theatre actors with vocalise exercises

How did I come up with all those “honest facts” above? Who am I to make such statements?

I am a private French teacher and for the last decade, I have been teaching French in Brussels, Paris and online. Throughout this time I’ve had the chance to identify, evaluate and compare why some students learn and speak, and why others don’t.

Comparatively, I have studied other languages myself for the purpose of improving my teaching skills and so that I can better understand the point of view and what it means to be a languages student. My work as a teacher, and my experience as a student combined, are a great source of information and have helped me identify the facts about why some people progress and why some don’t, while learning languages.

Also, please don’t think that people with more than two or three languages are more talented than you, I am the living example that it’s not true. As you can see, even a private French teacher can be a very bad student.

Do you recognise yourself in one or more of the questions above? Did you identify with any of the reasons which might suggest why you can’t speak French today? What is your experience so far?

Your relationship with your chosen language

So what to do now? Change your relationship with the language! There are actually only two options: You either break up with the language and continue on with your life or, you welcome the language, and make the necessary changes in your life to succeed in speaking French. What would be the best option for you?

I want to know what is the best option for you. Join my weekly newsletter below and share your story with me.