7 good reasons to learn French before and after Brexit

Why Brexit is a good time for you to learn French

There isn’t a single day that goes by in Europe without hearing something about Brexit. So far, we have heard absolutely everything including fake news, conspiracy theories… Brexit here, Brexit there, Brexit with chocolate, Brexit gluten free…. All the news and our conversations with our colleagues and friends include at least a comment about Brexit.

At the moment while I am writing this article (December 2018), we still don’t know what is going on. Nobody, including European deputies know what is going to happen, when and how. By the time they finally get over their break up, let’s not waste time waiting until the last episode, let’s take the Brexit as an opportunity for us – not for them. An opportunity to see our future differently and create or include a plan B, C, D in our lives.

Let’s consider a Plan B

There are many plan Bs available, and I would like to discuss one with you: Learn French before the deal is done. Why French and not another language you will ask, it’s a good question! French was spoken within the EU since the very beginning. Minute of Culture générale: the very first trade agreement between countries to remove economics’ border was made by Belgium, the Netherlands and Luxembourg, known as BENELUX in 1944. Only in 1951, France and Italy were part of the deal.

Even if French people say that the BENELUX wasn’t the beginning of the European Union (EU) – You know how they are when it comes to “who is the first one doing this shit”, right? With that said, obviously the French language has been the first language of communication in EU.

The French language is an excellent partner in crime if you are considering a move in your career and/or your life. Still not convinced? 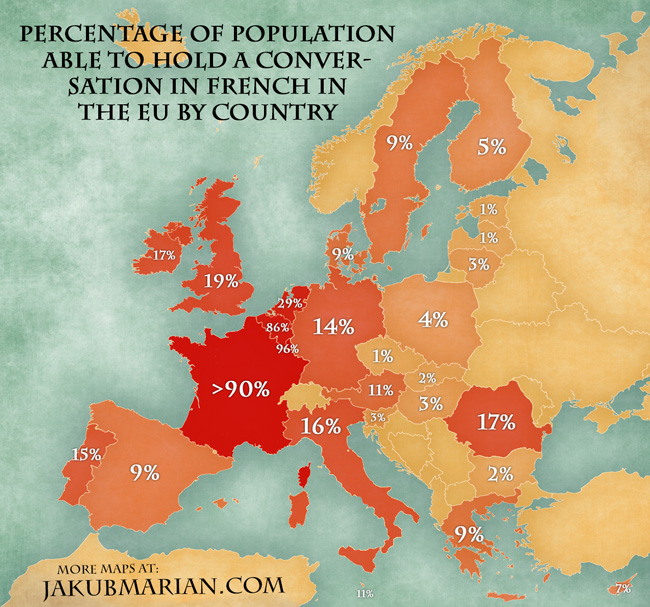 You will discover a new world and open new doors while learning French with a private French teacher or a group class.

And now? Are you more convinced about learning French before and after Brexit? or are you still in doubt?

A famous quote stated: “When there is a doubt, there’s no doubt”. In other words, it’s time to challenge yourself and your brain, and to start learning French for you, your career, and mostly for fun.

I want to know your reasons to learn French. Join my weekly newsletter below and share with me your experience.