7 reasons why learning French in Brussels is a good idea

7 reasons why learning French in Brussels is a good idea 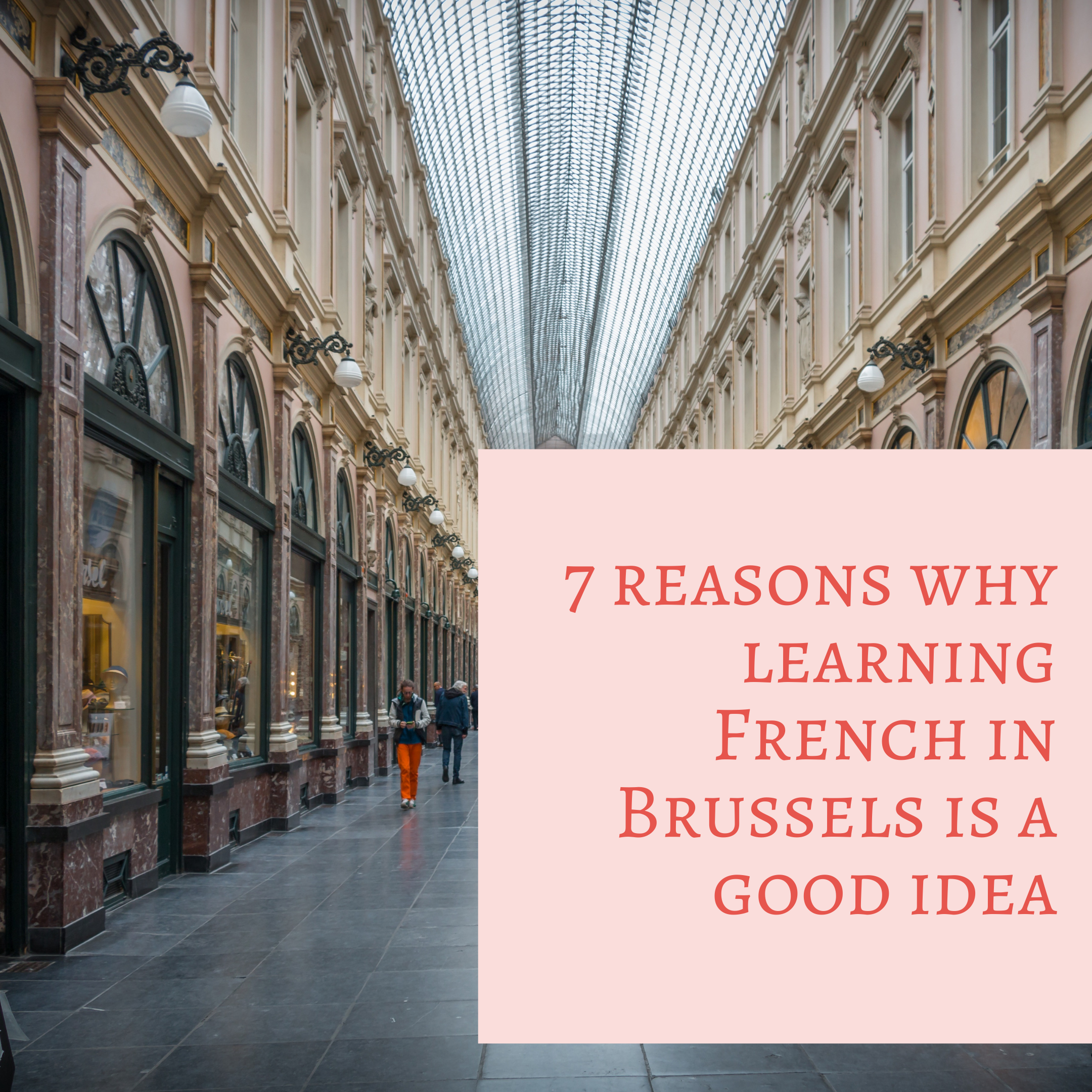 If you really want to speak French, why not consider learning French in Brussels?

“Bruxelles ma belle”… it is so easy to fall in love with Brussels, with its paved streets and hidden architectural gems. In addition to being beautiful and the most cosmopolitan city after Dubai, Brussels is also a polyglot city where the French language is omnipresent. Thanks to its internationality, you certainly can survive in Brussels without speaking French or Dutch. English would certainly be enough. But ….. as you are already there, why not try to act “As in Rome” and learn French in Brussels. 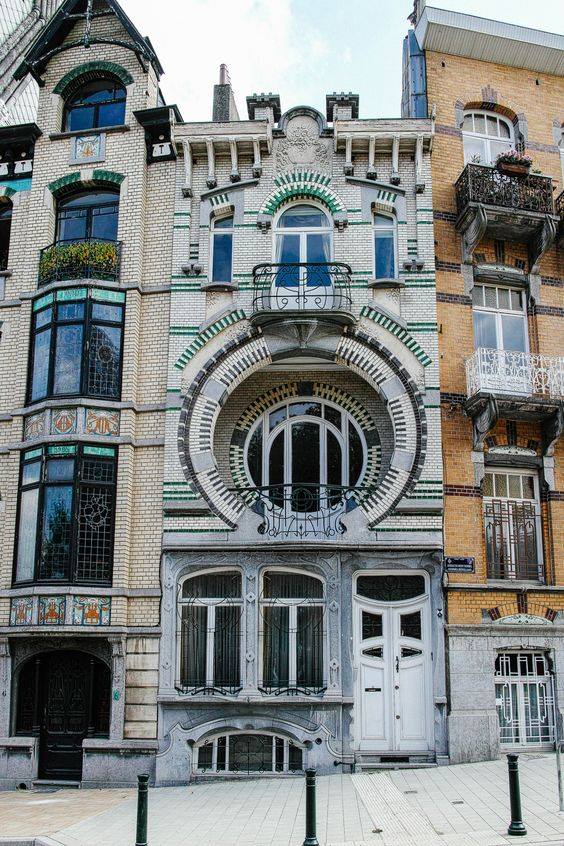 Source: Brussels is yours

So, why is learning French in Brussels a good idea?

1. It is easy to practice and speak French with the locals.

Belgians are very friendly and easy going and, they are always keen to talk to people they don’t know and share small talk. You can easily talk to someone while waiting for the bus or in the line at the post office (I certainly don’t wish you to deal with administrative aspects of the city though). Yes, talking to a complete stranger about the weather or the food you are about to order is normal and also highly recommended. You will never get the “why the fuck are you talking to me” look in Brussels, NEVER. Already a very positive aspect when learning French in Brussels.

2. French is one of the official languages in the country along with Dutch and German.

Wherever you go in Brussels, you will always find someone who is francophone. You can practise speaking French while ordering your coffee or tea in the many trendy coffee shops in the city (Leopold, Cafe Latte and Cafe de la Presse being my favorite). If you are more of a beer lover, you can taste your beer in French emblematic bars. Most of the cultural activities in the cities are bilingual. These are considered a positive practical part of learning French in Brussels.

On the other hand, you will probably have the opportunity to deal with some administrative aspects of the country (I don’t even wish it on my worst enemy), subscribing to a yoga class (hello let’s yoga) or to a gym (basic fit being the cheapest in the country 😉 ). In other words, even if you don’t connect at work with francophones, you will always have the opportunity to practise speaking French in daily – or challenging situations. Yes, you can do it 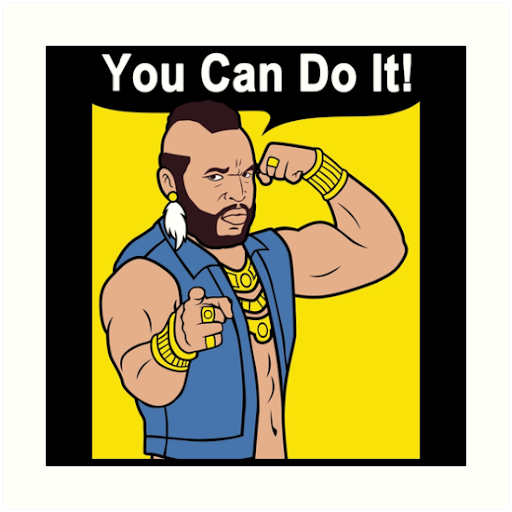 3. Within the polyglot environment of Brussels, your accent is your partner in crime.

In Brussels we are surrounded by people from different backgrounds, from all over the world who speak many languages. This melting pot of diversity encourages people to communicate in many languages without being preoccupied by their accent or their grammar –  that is amazing!

You soon realise that almost everyone has an accent. Oh, they have an accent too? It means that if they don’t care about their accent, you shouldn’t either. No one in Brussels will make a negative comment about your accent. The most important thing is not to have the best accent or the best pronunciation but, to try to speak. The fact that many people speak with confidence, even with strong accent and grammatical mistakes, will encourage you to try as well. If you make a mistake, nobody will give you a “wtf” look. On the contrary, they will mostly encourage you to try again.

4. You can speak all the languages you know in one day and switching languages is a very good exercise!

With English in your pocket you can easily live and work in Brussels without any problem. There is no doubt about it. I taught French classes in Brussels to people who have been there for more than 5 years without speaking French at all. It is never too late to start. Some of you already speak more than 2 languages and learning French may be your third, fourth or even your fifth language. I am always impressed by people who speak several languages. Brussels offers this advantage that wherever you are, you can practise French and other languages. The added value is that you will train your brain to switch from one language to another and all the languages will cohabit together. When we don’t practise your languages, polyglots tend to lose them.

On the contrary, the added value of learning French in Brussels is that you will be also be able to practise all the other languages you speak. It gives you the opportunity to switch and to connect all of them and this is a very interesting exercise for your brain.

5. Improve your experience in the city of Brussels.

This might sound pretty obvious but there is no better way to enjoy a city than when you speak one of the official languages. In a world where we are solicited by advertising and announcements everyday, don’t you think it would improve your stay if you understood what is written and said all around you? You know the answer: it would be, for sure. Advertising also follows a lot of the cultural aspects of the country. If you have been in Brussels in the spring, you have probably realised by the number of adverts everywhere, that Belgians love barbecue. 😉

6. The Belgian accent is easier to understand.

Here we go with the accent perspective. The French language is spoken with a variety of accents e.g Swiss, Parisian, northern, south of France, Belgian, Québécois, Senegalese, Moroccan, which means that there is no a “pure” or “neutral” French accent. If someone tells you the contrary, please run away. A language is rich only thanks to the accents and adaptation to the region where it is spoken. While Parisian is very challenging to understand, the Belgian accent tends to be softer and words are not eaten. In addition, Belgians are used to hearing people with accents as the Flemish speak with a heavily accented French. As a consequence, you will be more than welcome to speak French with your own accent. Another bonus to learning French in Belgium!

7. Belgians are easy going so you can use the “tu” form even if you don’t know the person.

In French, there is a formal and informal way to speak in reference to “you”. On the first hand, the “vous” form is polite and formal. It is used when you don’t know the person or to show respect. You will use it with your lovely “belle-mère”, for example, because she will never be your friend and you will have to show her some respect anyway 😜.  On the other hand, the “tu” form is used with friends, family and some casual working environment.

The main different between Belgium and France is that you are allowed to use the “tu” form almost with everyone, even with complete strangers and it won’t be considered as rude. This trend has slowly started in France, especially among the young hipsters who wish to be considered cool but it will never be as cool and relaxed as in Belgium. So you too,  can relax, when learning French in Belgium.

CAUTION: if the person gets back to you using “vous”, you can be stubborn and continue in “tu” and start a little fight and see who is gonna win. OR, switch back to “vous” and establish a real distance. Up to you 💁

Do you know any other good reasons for learning French in Brussels? Tell me about them?

Or, did you learn French in Brussels? How was your experience? Did you enjoy it?

I want to hear from you. Join my weekly newsletter below and share with me your experience!

← Previous Post Next Post →
We use cookies to ensure that we give you the best experience on our website. If you continue to use this site we will assume that you are happy with it.Ok