Do I need to learn French in Brussels?

Do I need to learn French in Brussels? 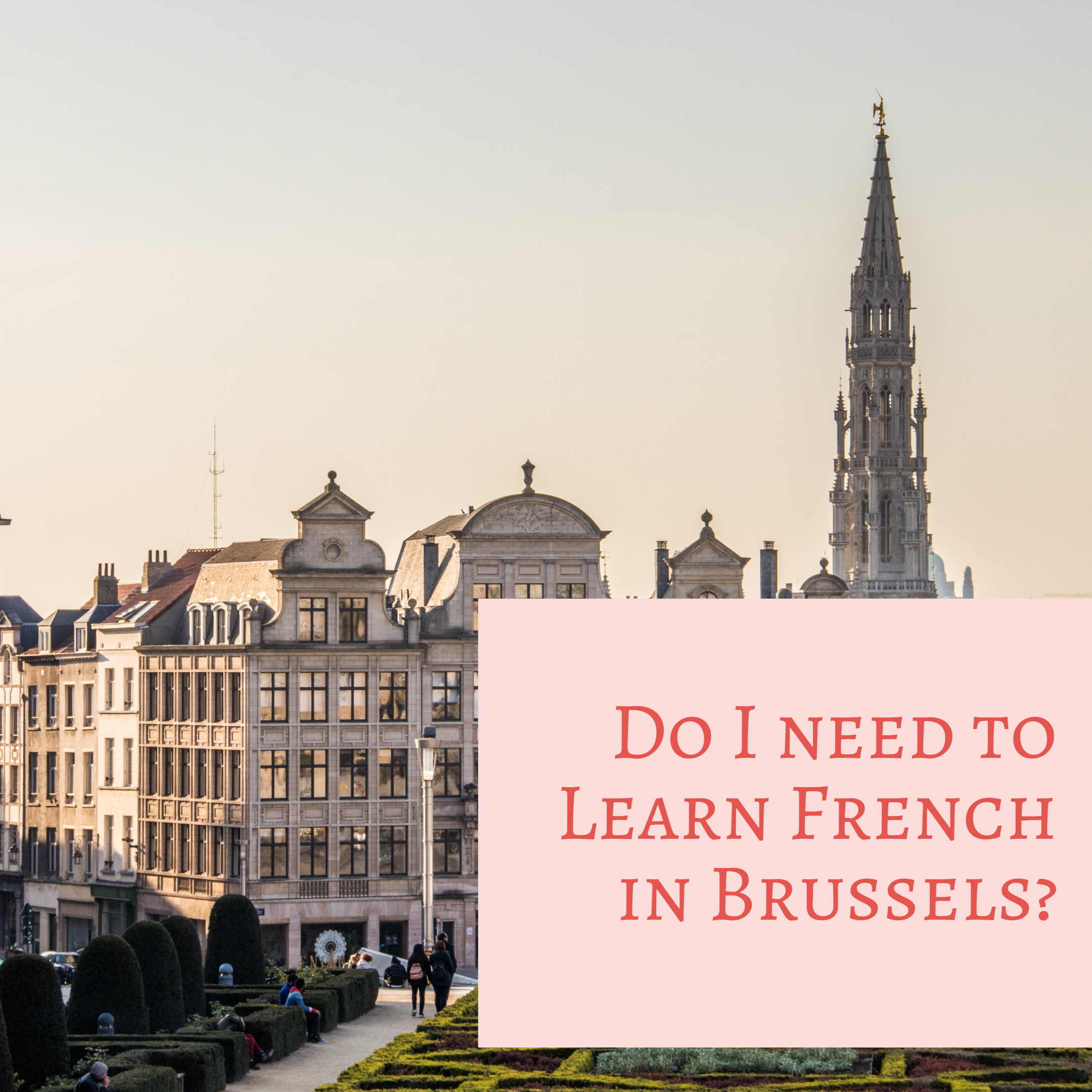 Welcome to Brussels ! If you are reading this article you are probably already in our beautiful city, or about to arrive. Brussels is an amazing city. It’s an international city within Europe and the most cosmopolitan city in the world after Dubai according to the very serious World Atlas.

People are often (wrongly) scared about moving to, and living in, Belgium. Possibly because of the three official languages: French, Dutch and German. And also because Brussels has the false reputation of being a boring city. Which is not true, even the well known The Telegraph said so in their article Why Belgium is not as boring as you think.

Moving to Brussels raises a few questions: Will I meet people? Will I be bored? Should I learn a language while being located in Brussels? If yes, which one? Do I need to learn French in Brussels, or Dutch? Both? Neither? In this article, I will explore all the options available for you regarding languages and learning French in Brussels. It will definitely help you make up your mind. 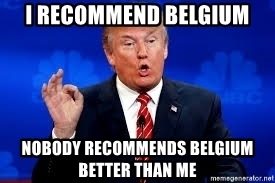 Do I have to learn a language in Brussels?

Yes and no. If you want to be part of the city and understand its citizens, learning one of the official languages is highly recommended. If your plan is to work in an English speaking environment and you think you won’t be there long enough to really appreciate the exploration of the language and the city, then the answer is probably no, you don’t have to learn a language.

With that said, be careful if you think you are only going to be there for a “short” period of time. I know way too many people who thought the same way and are still in Brussels 5 years later. Furthermore, speaking only one language in an international city can be a handicap.

Do I have to learn Dutch?

Dutch is spoken by 58% of the population. It is mostly spoken in the north of the country but less so in Brussels. Dutch is seen as the devil language by the Walloons and many people criticise it. I agree, it’s not an easy language for latin natives but, I insist, it’s not impossible to learn, especially if you learn with an amazing teacher.

There are a lot of French people speaking German, and Dutch has many similarities. Also, if you are a native Germanic or Scandinavian speaker, Dutch may be easier for you to learn than French while in Brussels.

Do I have to learn French in Brussels?

French is more international and spoken worldwide. In Belgium, 41% of the inhabitants speak French. It is the second most spoken language in the country and it is spoken in the south of the country and mainly in Brussels. For this reason, Brussels is a great place to practice and improve your French.

Nevertheless, learning French in Brussels is not easier than learning Dutch unless you are a native speaker of a latin language. However, French is full of awful exceptions and has a bloody pronunciation. Like Dutch, French is not impossible to learn.

Additionally, Brussels is a great place to learn and practise your French. First, French is an official language. Second, the first foreigner community in Brussels is not Moroccan, as mainly people tend to think, but French (13% of the population). Under those circumstances, you will have plenty of opportunities to practise and speak French while in Brussels, especially knowing that the French invaded the south of Brussels such as Ixelles, Saint-Gilles and Uccle.

Do I need to learn German?

Unless you work within the EU bubble, German isn’t really great added value while being in Brussels. Belgian germanophone represents only 1% of the total population of the country. In Brussels, for example, you won’t be able to speak German in the administrations. Nevertheless, learning German will be added value if you plan to learn Dutch as the two languages have similarities.

Will I survive in Brussels without speaking French or Dutch?

Of course you will survive but you will miss all the cultural aspects of the country you are living in. In many occasions, you will have to deal with poor translations that will probably lead to misunderstandings and frustrations. The frustration of not understanding a single word is much worse than trying to learn. To put it differently, it is more frustrating to not understand than to suffer a few classes to learn French in Brussels. However, I know many people in Brussels who don’t speak French or Dutch and they are fine and enjoying themselves. It can be you as well.

My experience as a Dutch learner in Brussels

Let’s take my Dutch skills as an example. I grew up in Belgium but we spoke only French at home. My mom is French, from the old generation, and as you can imagine, even now, she can only speak French. As a result, without Dutch at home, learning Dutch ended up being very challenging for me. Not to mention that most of the Dutch teachers I had in school were not native speakers and were literally the worst teachers a student could ever have. They were the best teachers to make you hate the language. I strongly believe that trauma and blocks can come from bad teachers.

Nevertheless, I knew that for my own well-being as I was living in Belgium, that learning Dutch, even rusty, would be necessary. Why? Because not speaking Dutch at all would have lead to absolute frustration on my side as I would have not been able to make myself understood.

Any time I go to a Dutch speaking city in Belgium, I always try my best to speak Dutch and the service I get in return is incredibly beautiful. People always reply in an encouraging and positive way. They are also very helpful. I am obviously not fluent, but I’ve learned enough to interact with people for my own selfish well-being and this helps avoid many misunderstandings and “blocks” on both sides.

My point of view about learning, and not learning a language

Being a polyglot myself, I speak French, Spanish, English, fluently and I have basics skills in Hebrew, Arabic, Dutch and Portuguese. When I go to a country and stay longer than a month, I always try to learn the language of the country. I never regretted learning a language, even if I never use it anymore, like my Hebrew. I never speak Hebrew. Never. But learning it taught me a lot of beautiful things about the language, the culture and most importantly about myself.

With that said, while being located in a foreign country even just for for 1 month or two years, your experience and your integration will always be better if you make the effort to learn the language of your host country.

I highly recommend a nice reading about integration and learning the language of the host country by Ammar Shams about expats living in the Emirates. In the article he suggests that expats living, working and bringing up their kids in the Emirates, should at least make an effort learn a few words of Arabic to help integrate themselves in their host country. I strongly agree with him.

By the same token, I find it very interesting to hear people that have lived in Brussels for many years, who have never made the effort to learn French or Dutch, complaining about migrants and foreigners in their home country that don’t speak the countries official language. Funny, isn’t it?

Like most of the administrative offices in the world, Belgian’s is no exception. I must say that I have experienced the Spanish, the Belgian and the French administration and the French, is by far the hardest to understand and to deal with, even as a native speaker. My students themselves relate that in Belgium, people try to be helpful even if you speak broken Dutch or French. The Belgian people are nicer, that’s for sure. 😉

All things considered, speaking only one language that is in addition not even an official one, isn’t sexy or fashionable at all. Learning French in Brussels – or even Dutch –  for a short period of time, is always better than learning nothing at all. Most people agree with this! By learning, I don’t mean to be fluent or bilingual but to at least be able to understand a few aspects of, and conversations in, the target language. Even an upper beginner’s level (A2) would be enough. Knowing, even the basics of either one of the two official languages will save you a lot of time, stress and of course frustration.

I want to hear your experience learning French in Brussels. Join my weekly newsletter below and share your story with me.